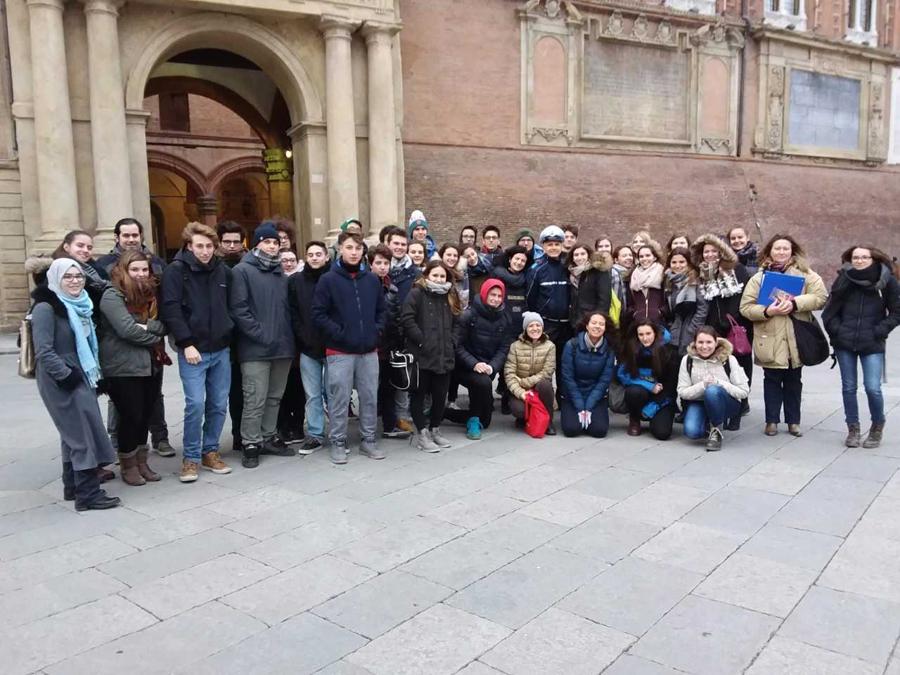 It was November 2016 when we were informed that in January 2017 we would take part in an exchange with a group of German students from Witten, near Cologne, of the “Schiller Gymnasium” high school. We immediately thought that trying to get on well with foreign people who don't speak our language could be tough. The day before they arrived we all were very excited. When they arrived at the airport it was initially an embarrassing moment because nobody knew what to say. The same evening we went all together to a pub and we got to know each other. We found out that they were very nice and friendly. On the following day we let them visit our school and Bologna where we had previously planned a treasure hunt: we had to answer tricky questions and take some photos all together in a lot of places of the city, we also carried out some Biology experiments, that we made for our high school work experience, in the school labs. We worked out specific experiments and ppt presentations to show how to get DNA out of fruit. We had been training for many hours in order to get ready. One day we set off to Venice where we had great fun and it actually was an opportunity to know our German friends better. We didn't think we could create such a strong bond with them, we can't wait to go to Germany to meet them, we expect an experience as beautiful and unforgettable as the one we went through in Italy!

2nd part: we went to Germany

From 27th March to 31st March 2017 we were hosted by our German friends. It was so exciting to meet them once again in a couple of months. We were always with them even during their daily lessons and there we learnt the German teaching method. They usually had a lot of debates and they shared what they thought with each other. It was like that for all the lessons we participated (Philosophy, History in English and English) and we think that this is a very good way to compare different opinions and it can also help students to develop a different idea. Moreover we noticed that they don’t face deeper the topics they talk about, also because lessons last just 45 minutes, so the time for the teacher’s explanation, the debate between the students and the presentation of the things that come out of the discussion is very short. The last thing that I learnt about them is that their teachers give them a lot of photocopies, so they don’t take notes and this for me is a waste of paper and I think that it’s easier to learn things if you write them yourself, instead of reading them from an already written sheet. After all we think that our Italian school system is not so bad, but school buidings in Germany are more modern. In the end we would conclude saying that an exchange is like an onion: it’s made out of many layers. At the beginning you have to peel the outer layer, which is the hardest one; in fact getting to know each other is the most difficult part of the whole experience. When you reach the inner layers everything gets easier. When we got to the heart of the onion, the best part of it, in the final part of our exchange, we were all very good friends. The exchange, like every amazing thing, has to come to an end, but like an onion, when you’ve finished peeling all the layers, it makes you cry and your hands keep smelling like it for a very long time. 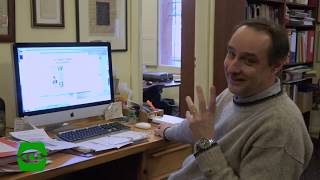 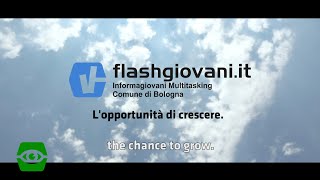 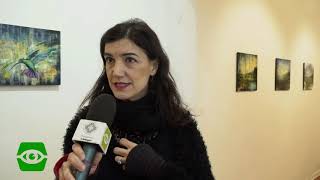